So as per yearly event, the Child’s party looms once more – and with the introduction to Pirates of the Caribbean this year, in the form of Jack Sparrow in Lego form [on X-box – and NO, not because he’s one of those little TV consumed piglets], the theme had been decided upon reasonably early and had been made up months and months prior to the actual event [how’s that for a 5 year old, to be discussing party details in what? Feb? – bizarre].

As it goes, I unwittingly entered the realm of ‘competitive childrens parties’ some years ago without realising it at all – and believe me when I say it is a very ‘real thing’ that occurs/exists and can be the sole cause for your exclusion to other childrens parties or parental circles… and from what I can tell, the unspoken ‘rules/laws [whatever]’, are as follows:

Anyway… I chose, no wait – the Child chose “Pirates of the Caribbean”, which is unique, because although ‘Pirate Parties’ are trending, my child is the only one who otherwise would have opted for a zombie theme party and proudly, I’m somewhat of a ‘MacGuyver’ when it comes to these sorts of things – only because I don’t have infinite financial resources and because I myself am reasonably ‘resourceful’ – I make the most impact with as little cost as possible, and stun the competitors with my self-made invites and HOMEMADE cake. (of which I take great pride in advising the invited individuals that I made the invites and that I (I, ME, MOI) made the cake, well at least, decorated it).

So with the process having been set in motion, the only thing remaining to do is have the actual event – but in the interim, here are this years invites [unfortunately, and I dare say – I actually forgot about the looming party and had the husband remind me that the invitations needed to be sent out, which I sent out too late, that’s why the date on the invite doesn’t coincide with the actual party date, because I subsequently had to text message all of the invited childrens’ parents – to advise that the date would have to be moved, only because of the ‘lack of attendees’, due to the invite and party falling at such short notice…) As well as the actual invite not meeting with the standards I had previously set for myself, but the Child was thrilled 🙂 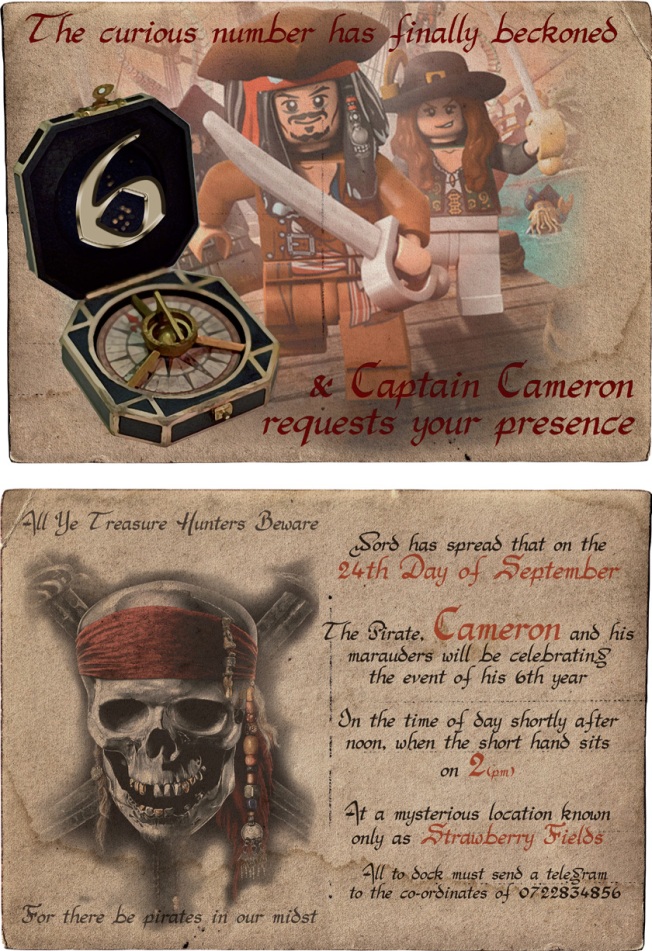